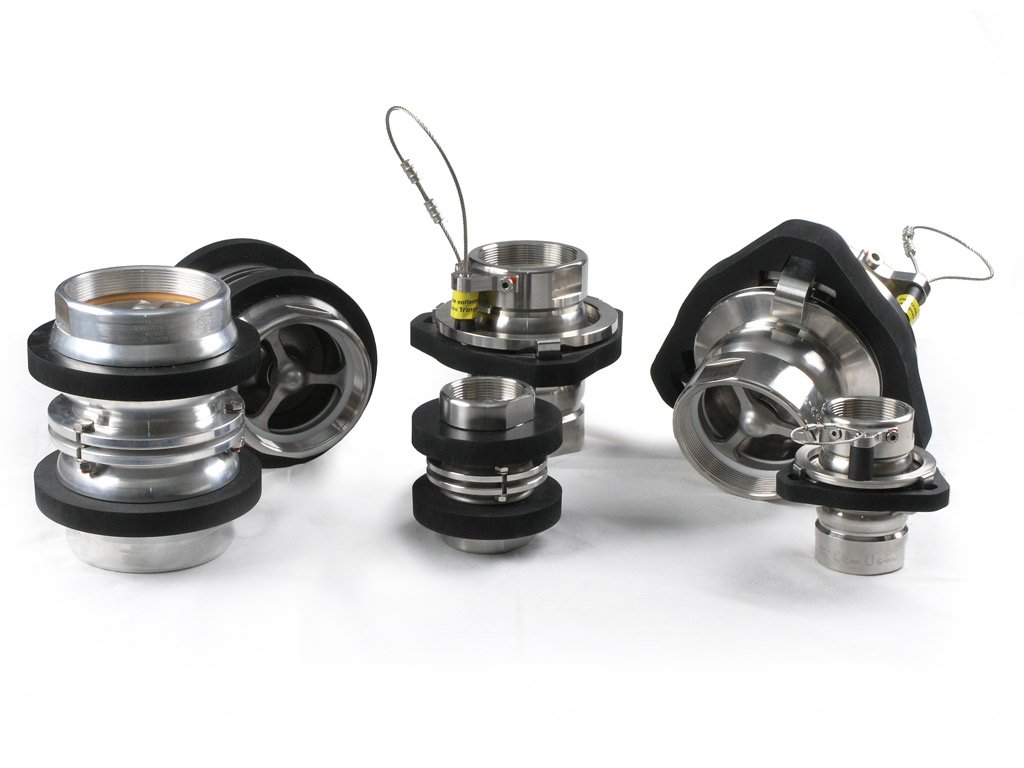 Emergency couplings, so-called safety release couplings, are widely used for chemicals, gas and fuel loading/unloading purposes. They are designed specifically to eliminate the risk of leakage of hazardous substances, harmful to human health and the environment. The risk may occur when a transfer hose is torn apart in a drive away accident – the hose assembly has not been disconnected and yet the tanker drives away. If the hose is fitted with the emergency coupling, the coupling disconnects before the hose is damaged. Each half of the coupling is equipped with a valve which closes automatically and stops the substance from flowing outside. There are two main types of emergency couplings:

In either of the situations, the separation of the coupling halves triggers immediate closure of spring valves and the flow is shut off. 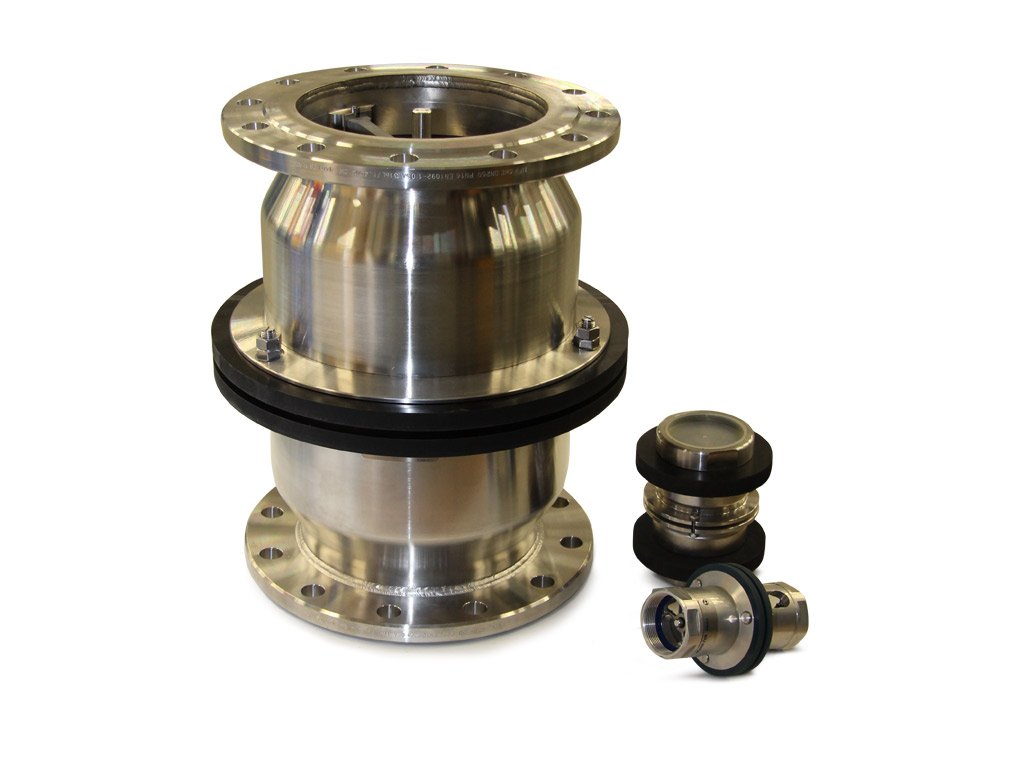 The most popular type of emergency couplings. The coupling has three shear bolts (the bolts break when the predetermined force is reached) placed on the circumference of the coupling. Before the hose is strained so much that it can rupture or the fittings are pulled out, the breaking bolts joining both halves of the coupling instantly break. At the same time, the spring valves in both halves of the coupling shut, thus prevent leakage of media being transferred. Once the emergency situation is under control, the coupling can be reassembled with a new set of breaking bolts but then it shall be thoroughly inspected prior to further use.

The body of emergency breakaway couplings and the valves are made of aluminium, brass, AISI316 steel, AISI316 steel lined with ECTFE, Hastelloy. The typical couplings with breaking bolts range in size from DN25 to DN150. Working pressure typically up to 25 bar (optionally 40 bar).

The body of the coupling and release cable are made of AISI 316 steel as standard. The typical couplings with cable release system range in size from DN25 to DN150. Working pressure up to 25 bar as standard.
The emergency couplings with the cable release system are common in loading/unloading systems (filling and emptying), industrial systems and tanks, handling hazardous substances in particular. Comply with ATEX, ADR, RID, TDT, Pressure Equipment Directive 97/23/EC.